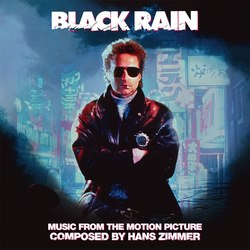 This modern day classic score ignited a flame in films giving a new voice to the way action films are scored. For years it seemed that every time a trailer came out they used a piece of music from this unforgettable score. Detailed liner notes by Tim Grieving and rich art direction by Dan Goldwasser add to the fantastic listening experience to this fantastic 2 CD set. Disc one features the film's score. Disc two has the original album remastered plus bonus tracks from the film.