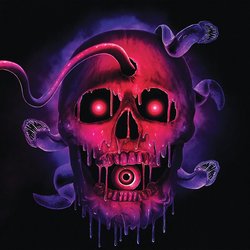 From Beyond - Vinyl Edition

Waxwork Records is excited to announce the expanded film score re-issue to From Beyond, a 1986 Science-Fiction Body-Horror film featuring an immense and dynamic score by composer Richard Band.

The music won the award for Best Original Soundtrack at the Catalonian International Film Festival in Stiges, Spain. Waxwork's newly re-mastered release marks the first time that the complete From Beyond soundtrack has been released on vinyl.

Two variants: one blue with pink slime splatter and one just pink slime.