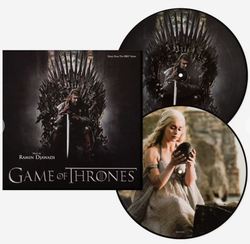 Ramin Djawadi composes a score of vast scope and grandeur for HBO's epic series based on George R. Martin's fantasy series A Song Of Ice And Fire, where political and sexual intrigue abound as seven noble families fight for control of the mythical land of Westeros.