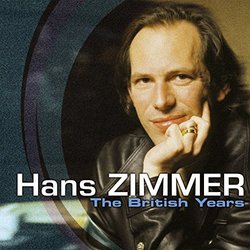 Organized like one of Hans Zimmer\'s late 1990\'s action scores with a small number of long tracks (The Peacemaker, Crimson Tide), this newest compilation gives fans a taste of some of Zimmer\'s early work during his time in England. The five scores represented on this album are from 1985 to 1990, and some have never been released, while others, such as A World Apart, had previous album releases. The three suites run into the 20-minute range are slower-paced and drag on a little, unlike his extensive tracks from the action scores mentioned above. They probably could have been cut down, but for die-hard Zimmer fans, it does present a nice chunk of his early work.

I find that the best cue on the album is the A World Apart "End Title", which has been released, but it was Zimmer\'s early effort at scoring African music, which he developed extensively in later years in The Power of One, Millennium, The Lion King, and Tears of the Sun. Therefore, it is a good addition to the release. While this album in no way represents Zimmer\'s best work, it is interesting to hear some of his original ideas, performed primarily on synthesizers, and to see how they have developed.
more reviews by Mike Brennan
Rate this Album
Missing Information?