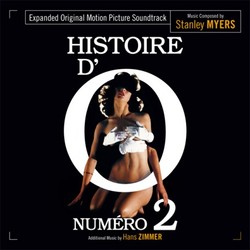 The melodic pop hybrid score by Stanley Myers is organized around a theme song and its several variations. Three cues are credited to Myers' assistant at the time, Hans Zimmer. The original LP release featured completely different mixes of the cues with the Zimmer cues having the most obvious changes. The 2-CD edition features the original LP program on Disc 1, with the film version of the cues in chronological order on Disc 2. This present 2-CD edition has been carefully restored and remastered by Christophe Hénault from the original LP master tape and the recording session elements.

Lavishly illustrated booklet features liner notes by Gergely Hubai, discussing the film, the composers and the score. This release is limited to 500 units.