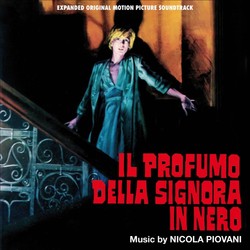 Complete CD edition of Nicola Piovani's only and unusual approach to the giallo.

Piovani's approach to the score recalls the film's main influence, Rosemary's Baby. A simple, haunting lullaby plays an almost Hitchcockian role in solving the mystery: it is eventually identified as the theme played by Silvia's favorite toy from her childhood. The arrangements range from the original music box version to a demented carnivalesque take and everything in-between. A piece by Mozart is also included in the program.

Beat Records released a single with two cues in 1974, and eight tracks of the score was previously released on CD by Beat Records in the mid-nineties. In 2014, an LP version by Death Waltz was issued as part of a Record Store Day campaign. This release by Quartet Records expands the program to include for the first time the complete score. Mastered by Enrico De Gemini, the package includes a 8-page booklet with liner notes by Gergely Hubai, who discuss the film, the composer and the score.