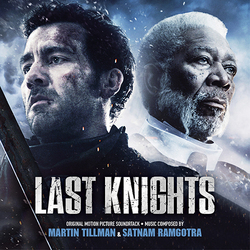 The soundtrack offers an exciting program of Zimmer-inspired action music akin to his King Arthur score. Considering the two composers own careers as musicians, the music features excellent cello and percussion parts for the Medieval sieges and battles, but there's more to the score than great power anthems.

The story's focus on vengeance and loyalty offers a great contrast between the dark cues of deception and the heroic, noble anthems of pledged alliance, empowered by the powerful vocal performance of Natacha Atlas. Featuring an hour's worth of excellent action, adventure and suspense music, this release will be a delight to fans of The Da Vinci Code, Angels & Demons and other Hans Zimmer scores where Martin Tillman and Satnam Ramgotra show their talents as featured soloists.