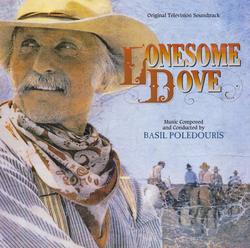 Varčse Sarabande celebrates the 30th anniversary of the Lonesome Dove saga with the release of Lonesome Dove - Original TV Miniseries Soundtrack. Out of print for more than 10 years and never available digitally, the CD and digital album will be available March 15th everywhere incredible soundtracks are sold. With the original music composed and conducted by Basil Poledouris, the album features a new exclusive track composed and performed by Zoë Poledouris and her husband Angel Roché, which uses her father's timeless themes from the original score in tribute.