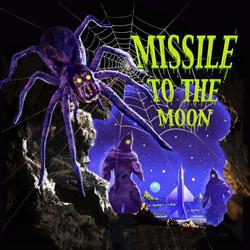 Missile to the Moon / Frankenstein's Daughter

Although written for two low-budget 1958 science fiction films directed by Richard Cunha, there is a wealth of invention and good, old-fashioned fifties sci-fi fun on this 60-minute CD.

This is the first Nicholas Carras soundtrack ever released and it's blessed with arresting cover art by celebrated space illustrator Vincent Di Fate.