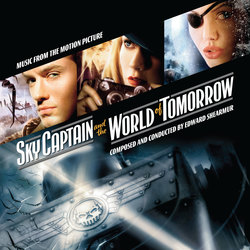 Sky Captain and the World of Tomorrow - Expanded