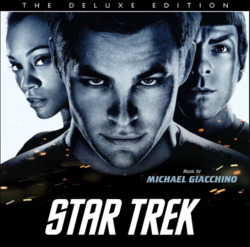 Back by popular demand! Star Trek: The Deluxe Edition was originally released in 2010 as a greatly expanded 5000-copy special package limited edition version of Michael Giacchino's score. Since the last copy was purchased almost a decade ago, there have been requests for a reprint. The packaging has been streamlined to a standard jewel case, but the track listing remains identical and includes the abundance of additional cues that had been previously unreleased.