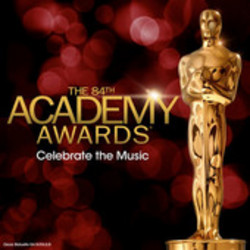 A new compilation of music centered around Academy Award®-winning composer Hans Zimmer's theme for the 84th Academy Award telecast is now available on the iTunes Store. The collection includes the show's musical theme plus six unique, inventive interpretations of the theme by other artists, and the "In Memoriam" choral rendition of "What a Wonderful World."

Each musician created their own piece of music inspired by or derived from Zimmer's basic thematic framework.

The credits and details of the tracks are as follows: The 84th Academy Awards – Celebrate the Music