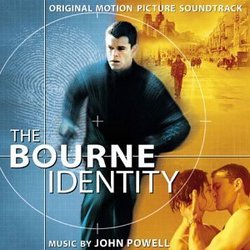 Spy movies today are a strange, mixed bag. With the end of the Cold War, it is no longer enough for entries into the genre to provide a little bit of intrigue, a dash of romance, and a heaping portion of action. Instead, Hollywood seems to believe that we need intense, character-driven examinations of what it means to be a spy and how living a life of secrecy and violence will either destroy or leave you void of human decency and emotion. Gone, it seems, are the days of pure action for pure escapism. Even James Bond is feeling remorseful these days.

Of course, Hollywood does not realize there is a reason spy movies no longer make back their inflated budgets (besides a simple change in the movie-going climate). Spy movies got dumb. I do not mean silly or preposterous, although they are often those things as well, but dumb. Idiotic, dull, and dumb. Given the choice, most people would prefer to see a movie with interesting characters than one with guys who blow things up. People flocked to them, so more guilt-ridden spy movies were created.

Now, I have enjoyed this change. I enjoy originality and movies that examine a tired cliche from a new angle, but watching The Bourne Identity I realized how refreshing it was to see a sharp, well-crafted spy thriller that did not insult my intelligence or require mental gymnastics. The title character, Jason Bourne, spends the movie attempting to uncover his past. He does not know his true name, occupation, or even personality. This situation is ripe with opportunity for self-examination and guilt over past deeds, especially when Bourne discovers that he was an assassin. But The Bourne Identity never wades into those waters. Unlike its title character, the movie knows exactly what it is: fun, escapist summer fare.

Fortunately, I can say the same for the score.

The Bourne Identity was scored by Media Ventures protege John Powell, who first achieved notoriety for the score to John Woo's Face/Off. In The Bourne Identity, as in most of his action scores, Powell follows the modern trend of using techno-influenced beats and synthesized percussion. While I find this trend overbearing in slickly produced Hollywood spy movies, it not only works in The Bourne Identity, but actually augments the movie's style. The Bourne Identity feels grittier, more immediate, and in many ways as European as its setting. It is fitting, then, that the score evokes the continent's pop music and dance scene.

The score opens with an English Horn solo floating over a synthesized string drone. The modality and ornamentation of this solo have definite Middle Eastern elements, but only enough to provide a bit of flavoring. This haunting melody is quite effective, but appears in only one other cue, "Bourne Gets Well." This use and subsequent discarding of themes is a pattern in the score. Powell often sets up an effective theme, uses it once or twice, and then abandons it for a new idea. The theme introduced in the "Main Titles," immediately following the opening solo is one of the few recurring ones. It begins as a simple string ostinato with a leap up a fifth. From that perch, it walks down a minor scale to the tonic, decorated with a few upper and lower neighboring tones. This ostinato/theme is brought back whenever Bourne is searching for his true identity and is therefore most easily labeled the "identity theme."

As the score is not a series of themes that work themselves out, it is also not development heavy. Repetition is the order of the day. In action sequences, John Powell establishes a theme as a ground bass, adds increasingly complex percussion, and then slowly layers other sounds, building intensity with the action on the screen. "At the Farmhouse," one of the most effective set pieces on screen (next to the incredible car chase through Paris), is also one of the most effective action cues. It begins with an augmented identity theme, changed because Jason has learned more about his past. Slowly percussion and a pounding string motif are added until they finally reach fever pitch and disintegrate into an extended percussion break.

Unfortunately this cue, like most on the recorded score, ends too soon. The album is generous with short cues that individually leave you wanting more, but when listened to collectively and continuously begin to grate. By the time the last cue, "Drum and Bass Remix," is reached, most listeners will have turned off the player or switched over to a different recording entirely. Therein lies my biggest complaint with this score. There are many good ideas but there is little development beyond repetition until your ears bleed. While this technique works effectively the first time the movie is viewed, upon subsequent viewing and isolated listening, the score does not hold up. My advice? Program your CD player to hit your favorite cues. It will take about twenty minutes to listen to the score and leave you with a good impression and your sanity.