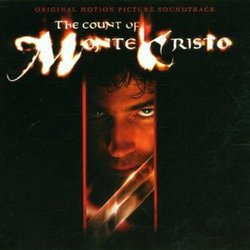 The Count of Monte Cristo

Review: Count of Monte Cristo, The

Over the past couple of years, Edward Shearmur has shown an incredible versatility in his musical abilities, from the militaristic Reign of Fire and the Bond-parody Johnny English to the Celtic-influenced romance Laws of Attraction. He started off with smaller projects such as Species II and then was drowned out by rock songs for Charlie's Angels. In 2002, the remake of The Count of Monte Cristo, based on the Alexandre Dumas novel, helped push Shearmur into the limelight. Calling in the talents of frequent Elliot Goldenthal collaborator, orchestrator Robert Elhai (who would provide the dark soundscape for Reign of Fire a few months later), Shearmur delivered a score supporting the adventure and majesty of the film and reflective of the time period in which it was set.

The main theme is a sweeping melody, most often played beautifully on French horn and used widely throughout the score. The album opens with "Introduction", a quiet beginning with a chorus and chimes that builds into a powerful brass cue. The main theme first appears in "Marseille" and then does not reappear until the end of "Escape from the Island" when Dantes (Jim Caviezel) regains his freedom. Shearmur uses some interesting instrumentation to some of the adventure music that adds depth to the score, such as the lilting solo violin in "Training Montage", a common adventure orchestration heard, for example, in Pirates of the Caribbean and Treasure Planet. Shearmur also uses a moving percussion line behind the orchestra in "Finding the Treasure".

He captures the music of the period in "An Invitation to the Ball" with racing strings and a blaring trumpet fanfare. The music becomes more playful and romantic during the second half as Dantes plots his revenge as the Count of Monte Cristo, but Shearmur delves back into dark, bombastic music in "Retribution", closing the film with a powerful low brass cue. The album ends on a quiet note with an expanded version of the main romance theme in the "End Credits". This score allowed Shearmur to branch out and test some more styles of composition and the result is a cohesive score that nicely supports the themes of romance, adventure, and vengeance in a post-Napoleon era.