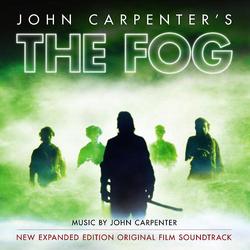 John Carpenter's cult classic ghost story was released in 1980 and is still as creepy and atmospheric now as it was 32 years ago and is a constant feature of late-night and Halloween TV programming.

This was Carpenter's first feature after the ground-breaking success of Halloween and 1 year before the release of the iconic Escape From New York.

The original Silva Screen release expanded on the soundtrack that came out at the time by including an additional 20 minutes of previously unreleased music plus a contemporary interview with star Jamie Lee Curtis.

That out-of-print release forms DISC ONE of this new release. That album was compiled and edited from the complete score. DISC TWO presents the entire score drawn from the original tapes and re-mastered by long-time Carpenter collaborator Alan Howarth.