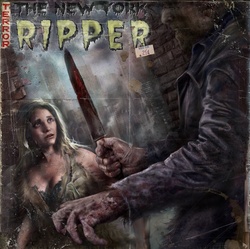 The score to the notorious banned in many countries Lucio Fulci video nasty is a revelation tracks such as 'New York One More Night' mix disco funk and latin to striking effect while slower tracks such as 'The Ripper' manage to capture the sleazy pre disney clean up of New York perfectly with their moody sax breaks and 42nd street atmosphere.