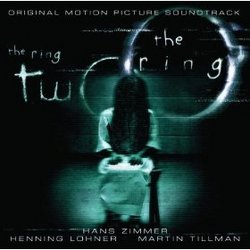 The Ring / The Ring Two

Review: The Ring / The Ring Two

Hans Zimmer's music for The Ring was some of his best work in the past few years. Reminiscent of the strained minimalist approach he took for Hannibal, he achieves more with an orchestra consisting primarily of piano, chimes, and strings than some of his louder bombastic action scores. The musical soundscape he created for ]The Ring is a perfect accompaniment to the film's gloomy setting in the somber landscape of Washington. Many fans lamented the lack of a soundtrack release when the film came out, in 2002. Thankfully, Decca Records saw an opportunity when the sequel The Ring Two was coming out, and released a double-score album, running a little over an hour.

The mix of emotions and the multiple layers of Zimmer's string orchestrations—featuring Martin Tillman on cello and electric cello—is quite remarkable, ranging from the tense, thriller music in "This Is Going To Hurt" to the slow, moving chords behind the main piano motif in "The Well." The piano featured in the score is generally in the lower range of the instrument, except for the performances of the main offbeat motif, which punctuates through the darker sounds of the cello. Tillman's solo cellos are beautiful and somber, and he was tapped to score the sequel along with composer Henning Lohner.

Using Zimmer's themes from the first film, Lohner and Tillman's The Ring Two for the most re-uses much of the music heard in the first film. As such, only the "different" cues have been put on the album, and while they have the same emotional feeling as the original score, there is more of an electronic edge. "Let The Dead Get In" is an example of that, with synth percussion and electronic atmosphere (however, it doesn't appear in the film). When you see The Ring Two—especially after familiarizing yourself with the score for the first film, you might feel that the score is a bit of a rehash. That isn't to say it's bad, just that it's not as original.

As with many Hans Zimmer albums, things are mixed up quite a bit, and the music is most certainly not in film order—in fact, it even seems to blend a bit between films within tracks. ("The Ferry" contains music from a climactic moment of The Ring Two, even though there is no ferry in the second film!) Still, this mixture won't detract from the listening experience, even though it might serve to annoy people who prefer to keep their films separated.

The last two cues on the album ("Seven Days", "Television") are somewhat questionable "remixes" that might serve some purpose that is unclear, but honestly is not the best way to end the album. The score is not necessarily complete; I could swear that there were a few moments from the film (digging up the well; the horse bolting off the ferry) that were not in there. ! Minor gripes aside, the album as a whole is definitely worth picking up. Zimmer (along with Lohner and Tillman) manage to get under your skin, and give you the willies. If you're looking for a musical scare, this album is definitely for you.