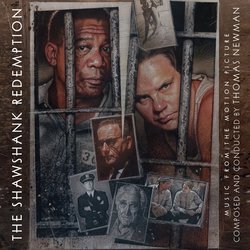 Newman's iconic score is pitch-perfect, expertly balancing sadness, despair, humor and exaltation as it nurtures and enriches a film that is now considered to be an all-time dramatic masterpiece. Produced by Constantine Nasr, Dan Goldwasser and Mike Matessino, produced for Sony Music by Jeff James and Didier C. Deutsch, mastered by Matessino, and supervised by the composer, this 2-CD set has been expanded over the original 1994 soundtrack release by more than 58 minutes, featuring never-before-released score tracks, as well as alternate cues, album versions and source music.