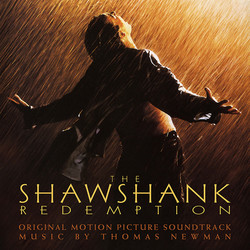 Nearly 22 years after the film's original theatrical release, SPACELAB9 is honored to present, for the first time ever on vinyl format, The Shawshank Redemption. The critically acclaimed soundtrack album includes the full 18-track score from award-winning composer Thomas Newman as well as additional tracks by The Ink Spots and Hank Williams plus a stunning performance of Mozart's "The Marriage of Figaro" by the Deutsche Opera Berlin, recalling one of the most memorable scenes from the ﬁlm.