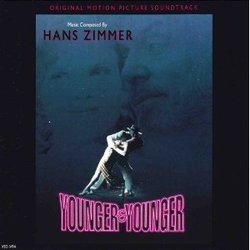 The 1990s was a decade of growth for Hans Zimmer\'s career, beginning with the likes of Days of Thunder and Thelma and Louise and ending with, what some would argue are the best of his career, Thin Red Line and Gladiator. For fans of his early 1990s music, or for those who don\'t know much about it, Younger and Younger from 1993 is an interesting listen that features some nice themes on solo saxophone, trumpet, and clarinet. It is similar in style to 1992\'s Radio Flyer, and has some thematic similarities to Point of No Return, also in 1993. The latter is also an early score of his worth looking into.

It is always interesting to listen to a composer\'s earlier scores in order to better appreciate the more recent work. For example, Younger and Younger is one of the few Zimmer scores to feature and organ, while just this past year, he used it again for the character of Davy Jones in Pirates of the Caribbean: Dead Man\'s Chest. However, the use of the instrument in the two films could not be more different (carousel-like vs. dark and gothic). In the cue "Roses", a rhythmic motif that is similar to the action rhythm from Drop Zone is employed. Again, the uses are very different, but the similarities are still there. Generally, I find Younger and Younger to be one of his weaker scores from that time, having to go up against Backdraft and Point of No Return, but it is still a fun listen at this point in Zimmer\'s career.