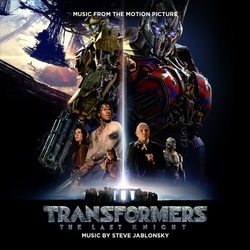 "I met with Michael before he started shooting Transformers: The Last Knight," recalled Jablonsky."He showed me some amazing concept art and explained how the story connects the history of Transformers all the way back to the times of King Arthur and the Knights of the Round Table. I loved the idea because it gave me the opportunity to explore new musical ideas... The storyline allowed me to write melodies that are a bit more "classical" than I've written for the other Transformers films, which wasa lot of fun for me."

"Another important aspect of the story revolves around massive skyscraper sized 'horns from hell' that start emerging from the earth," describes Jablonsky."They look like gigantic animal horns, no one knows what they are or why they have appeared. I wanted to create an unsettling sense of mystery and tension with the music."