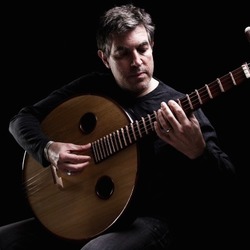 From September 22nd Ė 30th, 2017 the Tenerife International Film Music Festival (FIMUCIT…) will be celebrating its 11th edition thanks to the support and sponsorship of the Cabildo de Tenerife, the Canary Islands Government, Santa Cruz de Tenerife City Council, and Arona City Council and will be presenting the honorary FIMUCIT… Ė Antůn GarcŪa Abril Award, posthumously, to the film, television and videogame composer Daniel Licht, who recently passed away this August aged sixty.

In his career, as well as being known as the composer of the soundtrack for the famous TV series Dexter, he is also known for frequently scoring horror films. His professional life began in 1991 with the film Children of the Night, and also includes several adaptations of works by Stephen King: Thinner, Children of the Corn 2: The Final Sacrifice and Children of the Corn 3: Urban Sacrifice. These soundtracks will be performed at the festival's closing gala, which is dedicated to the best-selling author in honour of his 70 birthday that falls on September 21st, the eve of the official opening of FIMUCIT… XI.

This tribute has been made possible thanks to Daniel Licht's family, the composer and orchestrator Pete Anthony, and the dedicated professionals who have been responsible for managing Daniel Licht's professional career, his agent Seth Kaplan and his publicist Jana Davidoff. The composer's widow, Hilary Licht, will collect the FIMUCIT… Ė Antůn GarcŪa Abril Award bestowed to the late composer in recognition of his professional achievements and work as composer of the videogames belonging to the Dishonored and Silent Hill franchises.

The concert 'Stephen King's Night Gallery', conducted by festival director Diego Navarro, will be performed at the venue Auditorio de Tenerife AdŠn MartŪn on Saturday September 30th. This event will also mark the world premiere of 16 pieces, amongst which are those by Licht. The Orquesta Sinfůnica de Tenerife and the Children's Choir of Santa Cruz de Tenerife, with Juan Ramůn Vinagre as Choir Master, will perform these works.

This fascinating journey through the most well-known soundtracks based on the works of Stephen King is completed with other key titles such as The Dark Half (Christopher Young), Carrie (Pino Donaggio), Salem's Lot (Harry Sukman), The Dead Zone (Michael Kamen), The Green Mile and The Shawshank Redemption (Thomas Newman), and Misery (Marc Shaiman), and one of the highlights of the event will be the world premiere of music written by Benjamin Wallfisch for the new horror film It based on the novel of the same name written by Stephen King in 1986, which will be arriving in cinemas on September 8th this year.

In addition, the festival programme includes the works 'Stand by Me' (Jack Nitzsche / Ben E. King) from the film Stand By Me, and 'The Host of Seraphim' (Dead Can Dance) from The Mist, performed by Fran Leůn and Cristina Ramos, winner of "Spain's Got Talent" 2016.

"Stephen King's Night Gallery" is an exclusive project created by FIMUCIT… in dedication to this prolific writer, whose works have been adapted to the big screen by some of the greatest geniuses of cinema, the seventh art. These greats include Brian De Palma, Stanley Kubrick, David Cronenberg, George A. Romero, John Carpenter, Rob Reiner, Bryan Singer, Lawrence Kasdan or Frank Darabont.

Tickets for this concert can be bought online at www.auditoriodetenerife.com, by telephone (902 317 327), or from the box office. Season tickets can be bought for all FIMUCIT… XI concerts taking place at the Auditorio de Tenerife on September 29th and 30th, offering a saving of 5 euros on the total price.