Honorary Oscar to be Awarded to Lalo Schifrin 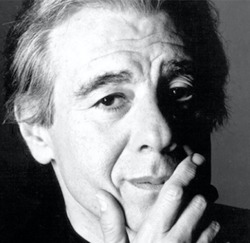 The Board of Governors of the Academy of Motion Picture Arts and Sciences voted Tuesday night (September 4) to present Honorary Awards to composer Lalo Schifrin, as well as publicist Marvin Levy, and actress Cicely Tyson, and the Irving G. Thalberg Memorial Award to producers Kathleen Kennedy and Frank Marshall. The three Oscar statuettes and Thalberg Award will be presented at the Academy's 10th Annual Governors Awards on Sunday, November 18, at the Ray Dolby Ballroom at Hollywood & Highland Center.

"Choosing the honorees for its awards each year is the happiest of all the Board of Governors' work. And this year, its selection of five iconic artists was made with universal acclaim by the Academy's 54 spirited governors," said Academy President John Bailey.

Born and raised in Argentina, Schifrin studied classical music and jazz in France before beginning to compose for film in Buenos Aires in the mid-1950s. He has written scores for more than 100 films, including The Cincinnati Kid, Bullitt, Dirty Harry, Enter the Dragon and Rush Hour. His memorable theme for the television series Mission: Impossible has been a hallmark of the recent film series. He has received six Oscar nominations, for the original scores for Cool Hand Luke (1967), The Fox (1968), Voyage of the Damned (1976) and The Amityville Horror (1979), the original song "People Alone" from The Competition (1980) and the adaptation score for The Sting II (1983).

The 10th Annual Governors Awards is proudly supported by Rolex, the Exclusive Watch of the Academy of Motion Picture Arts and Sciences.