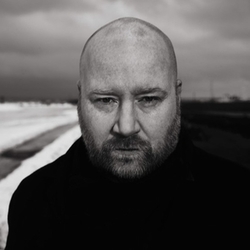 The Icelandic composer Jóhann Jóhannsson won Best Film Composer of the Year for a second time in a row, this year posthoumosly, for composing the film score of Mandy, Mary Magdalene (co-composed with Hildur Guđnadóttir), and The Mercy. His protégé and co-composer Hildur Guđnadóttir received the prize on his behalf. Best Television Composer of the Year was awarded to Ramin Djawadi for scoring Game of Thrones; The Strain and Westworld.

The Award for Best Original Song Written Directly for a Film went to Black Panther by Kendrick Lamar, Kevin Gomringer, Tim Gomringer, Solana I. Rowe (aka SZA), Matt Schaeffer, Mark Anthony Spears and Anthony Tiffith. Discovery of the Year winner is Mudbound composer Tamar-kali, which was her first score for a feature film. She will be featured as a performer at the 19th World Soundtrack Awards in 2019.

In the category Best Original Score for a Belgian Production, Rutger Reinders was awarded for his score for Zagros by Sahim Omar Kalifa, winner of the Grand Prix for Best Film of the 44th Film Fest Gent in 2017. Composer Logan Nelson received the SABAM Award for the Most Original Composition by a Young International Composer, while The Public Choice Award was given to Laurent Eyquem for scoring Mark Pellington's film Nostalgia.

During the awards ceremony, Brussels Philharmonic performed compositions conducted by Dirk Brossé and accompanied by film fragments on the big screen. Central guest this year was Carter Burwell, known for his collaborations with the Coen Brothers (Fargo, True Grit, Miller's Crossing, No Country for Old Men) and Todd Haynes (Carol, Wonderstruck, Mildred Pierce).