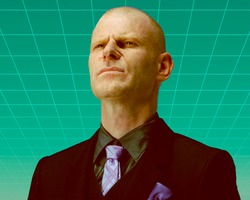 "We could not be more excited about working with Tom," commented agent Richard Kraft, "he is as exciting and passionate as a person as his scores are for films."

"I have been a fan of Tom's since I first heard his groundbreaking score to Mad Max: Fury Road," said agent Laura Engel.

One of Hollywood's truly unique talents, Holkenborg is a musical polymath, a full contact composer, renowned for his maverick approach and mastery of studio technology and instrumentation, as well as an educator and a technical pioneer.

Beginning his career in 1993, Holkenborg became a producer, composer and master of classical forms and structures with one finger planted firmly on the pulse of popular music, achieving a #1 hit in 24 countries in 2002 as Junkie XL with his rework of Elvis Presley's "A Little Less Conversation." Known for his mastery of studio technology and instrumentation, he went on to collaborate with and remix Coldplay, Dave Gahan, Depeche Mode, Robert Smith and Justin Timberlake.

In addition to his scoring work, Holkenborg runs the recently launched SCORE Academy, an annual year-long education program, created in collaboration with ASCAP (American Society of Composers, Authors and Publishers), and he produces and funds the free online tutorial series Studio Time, which, over three seasons has amassed a following of over 100,000 YouTube subscribers and given people around the world invaluable insight into Tom's composition process. Tom also held an Associate Professor position at ArtEZ Academy of Music in the Netherlands, where he created a four year bachelor program called Media Music.