'No Time to Die' Soundtrack Released 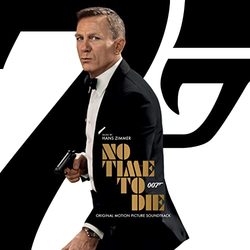 James Bond Producers Michael G. Wilson and Barbara Broccoli said: "Hans and his team have delivered an exceptional and emotional score for No Time To Die. It has been a privilege to work with this legendary composer on one of the best Bond soundtracks ever. Billie and Finneas have created a powerful and moving title song for our 25th movie."

Joining Zimmer on scoring the soundtrack is Johnny Marr, who is also the featured guitarist on the album, with additional music by composer and score producer Steve Mazzaro. Marr, who since co-founding The Smiths has enjoyed a glittering international career working as a session musician and solo artist, is a long-time collaborator with Zimmer. Mazzaro, based in Los Angeles, has previously worked with Zimmer on the live-action movie The Lion King, The Rhythm Section and his live tour dates.

The film's director Cary Joji Fukunaga added: "I'm beyond excited that Hans scored No Time To Die. The music of Bond has always been iconic and I've already witnessed Hans adding his touch of genius to the Bond legacy."