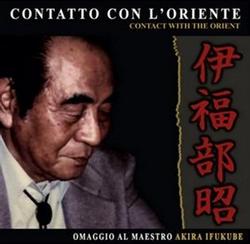 Kronos Records was established in 2008 by Godwin Borg with the aim to bring to light the works of illustrious and other less famous composers from various eras of film music. This album is their first release and a limited edition of 500 individually hand-numbered copies are available.

This CD was originally published in 1988 by SLC Records Japan and sold out the same year. Iconic figure Prof. Roberto Zamori of Hexacord Records remastered this cult recording for us. One of the most sought for CD's by Akira Ifukube fans was finally brought back to light, many beautiful performances, including a spectacular piece by Legendary singer Edda Dell'Orso, accompanied by her husband Maestro Giacomo Dell'Orso.