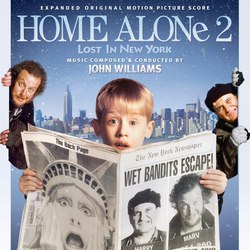 La-La Land Records and 20th Century Fox are proud to announce the 20th Anniversary release of one of John Williams' timeless scores. This newly remastered and slightly expanded reissue features fantastic sound and detailed liner notes by John Williams historian, Mike Matessino. Jim Titus' festive artwork not only compliments this holiday classic but makes for a great companion to the work he did on our previous release of Home Alone two Christmas' ago. This is a great opportunity to pick up this whimsical score if you missed out on the previous release.