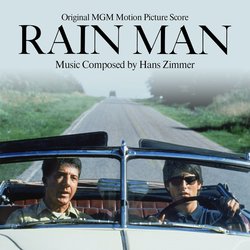 When the original score to Rain Man finally received it's world premiere release in 2010, fans were elated that the much requested, Oscar nominated music by one of the world's premiere film composers, Hans Zimmer would finally be out on CD. Once we saw that the score was available to license, we at Notefornote Music decided to reissue this fixing the one glaring issue that fans had with that release, sound quality. Taken from a pristine digital source and tapes we had found at MGM, we feel this is the best representation of Hans Zimmer's wonderful score to Rain Man.