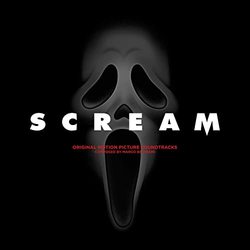 Scream was perfectly pitched when it came out in 1996: written by Kevin Williamson and directed by horror master Wes Craven, it was a self-aware send-up of the slasher genre as well as a perfectly executed example of it—and became a huge hit that defined a moment in time. It revitalized the horror genre and led to a franchise, with follow-up films Scream 2 (1997), Scream 3 (2000) and Scream 4 (2011), plus a fifth on the way.

Scream was the breakthrough score for Marco Beltrami, whose avant-garde orchestral techniques and cinematic instincts created a suspense–horror style perfectly suited for the franchise—and not surprisingly led to a major Hollywood career for Beltrami, still going strong. The score is eerie and creepy one moment, evocative and haunting the next—then lurches into pulse-pounding action. It is timeless and sophisticated, befitting modern concert music, while staying intense and pulse-pounding for contemporary audiences.

Beltrami returned for the second, third and fourth Scream films, all of which had their scores released by Varčse Sarabande. Now, all four Beltrami Scream scores are presented in definitive form across six CDs. The Deluxe Editions of Scream and Scream 2 are presented on discs one and two, respectively; an expanded, two-disc edition of Scream 3 is found on discs three and four; and an expanded edition of Scream 4 on disc 5. The sixth disc is an all-new, previously unreleased collection of alternates, outtakes and demos. Liner notes by Jim Lochner incorporate a new interview with the composer…and look for a "Ghostface" surprise in the packaging!