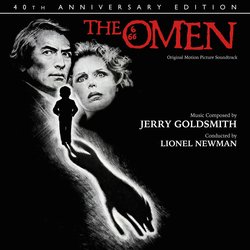 It's hard to believe that our previous Deluxe Edition of Jerry Goldsmith's Academy Award-winning score came out 15 years ago to celebrate the film's 25th anniversary. But here we are. While it was indeed significantly expanded from the original soundtrack album release, this score's biggest fans still missed a few cues and for this new, 40th Anniversary edition we have added an additional six previously unreleased cues, including the unused "It's All For You." The entire score has also been newly remastered and we have added a special bonus track featuring Diego Navarro conducting "The Omen Suite" from the 2009 Fimucité tribute to Jerry Goldsmith. An epic release of an Oscar-winning masterpiece!