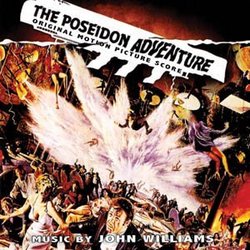 Williams' epic orchestral score expertly intertwines the film's examination of heroism and tragedy. Produced by Nick Redman and Mike Matessino, mastered by Daniel Hersch, and remixed and sequenced by Mike Matessino, this superb-sounding special limited edition release features never-before-released bonus tracks, including the film versions of "The Morning After", source cues and alternate versions of the main title. In-depth liner notes by Jeff Bond take you behind the scenes of the film and its music. This is a limited edition of 3000 Units.

For this release, the 2" 24-track tape containing the original 35mm 6-track mag was transferred into Pro Tools, and restored and mixed with the advantages of another decade's advance in sound processing technology.