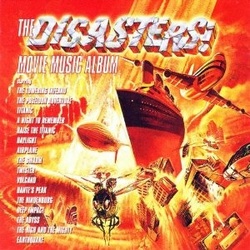 by David A. Koran June 23, 2001
3 / 5 Stars
This album does not suffer from the repetition you would expect in most "themed" compilation albums, either by composer or by subject. Here Silva puts together a wide-ranging prospectus of music used in "Disaster" films. By that, I don't mean Ishtar or Waterworld (which I actually liked), but films dealing with high adventure disasters on land, sea, air, and space. With Deep Impact being the most recent entry, we go back to include, up until last year, the definitive movie on the H.M.S. Titanic, A Night To Remember.

The album is sequenced quite nicely, broken up into chunks on the album based upon where the "disaster" happened. Once again, unfortunately, we are presented with yet another version of "Take Her To Sea Mr. Murdoch" which has appeared on several other compilations from Varese, Sonic Images, and even Silva itself. I'm personally getting tired of the film, even after only having seen the entire film once, it's just getting silly how much the music is regurgitated. Luckily, that's the only real negative note against this release. With suites from John William's Towering Inferno and a newly arranged version of David Shire's The Hindenburg, the whole album is a treat to listen to. It would be nice for some of the rarities re-recorded for this album to have their original soundtracks released by a bold company, such as Jerry Goldsmith's The Swarm.

As with many of the recent Silva releases, the liner notes are quote copious, with these presented by popular FILMUS-L mailing list contributor and record producer, David Wishart. It's even funny to note that with "disaster" director Irwin Allen's entry on this album of The Towering Inferno, the wood sound effects are done by an Allan Irwin... the great director in disguise... I hope not!