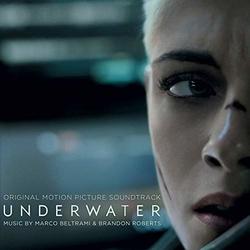 Beltrami and Roberts have collaborated on numerous projects since 2013 including Logan, The Wolverine, Warm Bodies and World War Z. The duo received an Emmy Award in the Outstanding Music Composition for a Documentary Series or Special category for their score for National Geographic's 2019 Oscar-winning documentary Free Solo. Additionally, Beltrami received Academy Award nominations for his scores on 3:10 to Yuma and The Hurt Locker, as well as a Golden Globe nomination for A Quiet Place.

The composers said, "The fun challenge on this score was to balance the hybrid nature of the musical elements so they could convincingly exist in an electronic world. Will {Eubank} is very influenced by electronic music and offered incredible encouragement to explore new ways of processing traditional orchestral elements to create this musical soundscape. Female vocals played a big part in this score, and we experimented with an endless array of unorthodox techniques to evoke the epic, tense and at times, very emotional elements of the film."

Underwater takes place in the aftermath of a devastating earthquake. Trapped in a rapidly flooding structure, a crew of six stationed on an underwater research facility realize their only shot at survival lies in walking across the ocean floor to a distant abandoned rig. In addition to the physical challenges of the journey they quickly discover they're being hunted by mythic, monstrous sea predators hellbent on killing them.