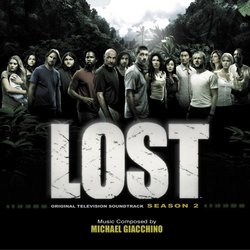 It remains to be seen whether we can call recent years a new "Golden Age" in television scoring, but there have been examples, whether the general audiences is consciously aware or not, when the music is as vibrant and engaging as what was heard in 1960\'s. Most television series today seem to require nothing more than a drum loop, synth pad and a handful a non-descript piano notes to underscore any given scene, for which I have little tolerance. Several television movies and mini-series have allowed for soaring orchestral accompaniment, such as Arabian Nights and Don Quixote, scored by Richard Harvey and Richard Hartley, respectively, yet their genre trappings nearly demand a certain grand style of music. And then along came composer Michael Giacchino and director/writer/producer J.J. Abrams. With just two high-profile series for ABC, Alias and Lost, they managed to not only return music to being an active participant in the story but also to raise the bar for other concurrent television series.

One of the most amazing aspects of Giacchino\'s scores for both series is his ability to introduce and then interweave multiple, distinct recurring melodies, representing either specific characters, places, action or emotions. Whereas Alias had wonderful themes for Sydney Bristow in action, a mysterious prophecy, Sydney Bristow\'s mother, the Sydney and Vaughn romance and its villain, Arvin Sloane, Lost presented further challenges for Giacchino with its large cast and varied range of stories. With this volume of music from the show\'s second season, released by Varese Sarabande, the listener finds Giacchino revisiting and expanding on his initial themes and motifs, while also delving into murky, unnerving territory. The evocative, rising melody which launched the survivor\'s raft in fist season finale reappears in "The Gathering" (titled "Parting Words" on the first album) while Locke\'s stoic motif is heard near the close of "The Final Countdown". What could be called the "main theme" of the series, simultaneously hopeful and melancholy, heard in 4 sections of 3 notes each, ebbing and flowing like waves on a beach, is surprisingly featured infrequently in this collection. It is heard on harp at the start of "Shannon\'s Funeral", which then becomes counterpoint for an understated variation of the raft-launching melody.

New thematic material comes in the form of "Hurley\'s Handouts" and "All\'s Forgiven… except Charlie", in which acoustic guitar and piano provide gentle, pleasant respite from the ever-present dangers of the island. "A New Trade" develops a troubled 4 note motif through piano and strings, while the same group essays a tender love theme for "Rose and Bernard". Meanwhile, Giacchino\'s percussive, dissonant action and suspense material gets a workout in "Peace Through Superior Firepower", "The Final Countdown", "Claire\'s Escape" and the last seven tracks, all from the season finale and including the end credits. Low pizzicato strings thump, muted trombones buzz and percussive timbres rattle in a threatening mix seemingly more suited for horror films than network television. Again, it is impressive that these strikingly avant garde techniques are utilized so successfully in the series and yet never feel pasted on or overwrought, perhaps because the same instruments evoke tenderness and friendship elsewhere in the music and also the show\'s isolated setting call for it. The sly, slurring trombones in "McGale\'s Navy" are a subtle example of a technique not normally heard in current television and Lost reaps the benefits of such uniqueness.

Overall, I find this second volume more moody and introspective than the first, which devoted more time to lush melodic content and some bristling action. There are also moments where this season\'s music seems tensely coiled, like a cornered cobra, prepared to strike and poison the perceived threat in a flash. This idea is echoed in various episodes in this last season, where the increasing tension displayed in the hatch led to some sudden, violent outbursts with dire consequences. Not only is it exciting to again hear television scoring of such intelligence and substance, but it is doubly exciting that Varese Sarabande has been able to release so much of it on disc to enjoy.