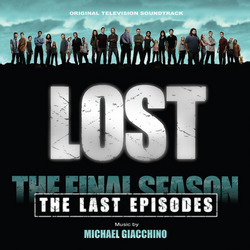 Lost's final season contained just too much great music from Michael Giacchino for a single or even a double CD to suffice. It was clear at the recording session for the series finale that our treatment of this historic television saga demanded an unprecedented final soundtrack release. In total we have chronicled Lost's final season with not one or two or even three CDs full of music, but a full 4 discs, featuring five hours of music!