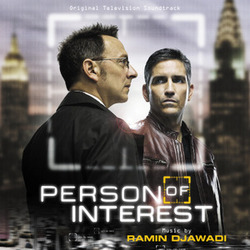 Set in New York City, this procedural centers on an ex-CIA agent, presumed dead, who partners with a mysterious billionaire to prevent violent crimes. Using data siphoned off the U.S. intelligence agencies' threat matrix—information not related to terrorism, but rather violent crimes of a personal nature—during each episode, the former CIA agent and his enigmatic partner identify a "person of interest" and set about solving the mystery of the impending crime. Tapping into the world's Big Brother-like surveillance network, the shadowy duo knows that something bad is going to happen; it's their mission to discover what that event will be ... and somehow prevent it.

Busy with feature films such as Iron Man, Clash Of The Titans and Safe House in recent years, composer Ramin Djawadi returns to his television roots (Prison Break) for this gritty and compelling twist on the crime drama.