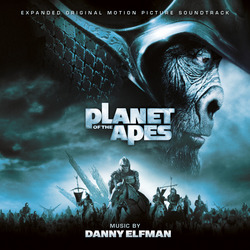 Planet of the Apes - Expanded Score

The now legendary pairing of director Tim Burton and Danny Elfman again yields an immensely creative and complex film score that melds orchestra, percussion and electronics to enrich the film's subtext and characters, all the while propelling its large-scale action. Featuring OVER 212 MINUTES of music, this comprehensive 3-CD SET set is the definitive release of Elfman's Apes score—Discs One and Two contain the film version of the score, with source cues and alternates, while Disc Three features the original 2001 soundtrack album assembly, including the "Rule the Planet" remix by Paul Oakenfold.