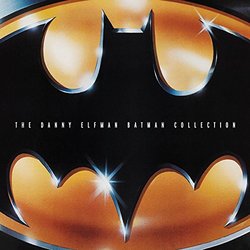 In honor of Batman's 75th Anniversary, La-La Land Records, Warner Bros. and WEA proudly present this limited, 4-CD set. Batman swoops back into La-La Land with this thrilling re-issue of our previously out-of-print deluxe editions of Danny Elfman's classic, original scores to the Tim Burton-directed Batman (1989) and Batman Returns (1992), presented together for the first time!

While the programs presented on these discs are the same as found on our acclaimed initial releases, Batman has been newly remastered by James Nelson from recently unearthed score elements, resulting in better sound quality. Batman Returns is the same master as our previous release.