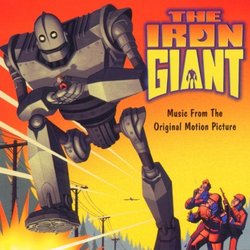 by David A. Koran June 23, 2001
3.5 / 5 Stars
This album from Rhino represents the songs in the film and those of the period represented in the film, that of the rock ‘n roll 1950s. The music here could best be described as if Dr. Demento was offered the job as music supervisor for a major film. It’s ooky, all together kooky, but it’s no "Addams Family." From the weird "Salt Peanuts" by The Nutty Squirrels to the classic "I Got A Rocket In My Pocket" performed by Jimmy Lloyd, this song album squarely sets the film in it’s time frame. You could only get this type of music in the Eisenhower pre-space nuclear age of the 50s, optimistic, weird, and wild. It’s fun, and is a perfect audio accompaniment to the film.

For purists, only two tracks of Michael Kamen’s excellent score for this film appear on this album. Luckily, Varese Sarabande is offering up a complete album of Kamen’s scores for consumption later this year. Those two tracks are a pseudo-suite entitled "You Can Be…" and "…Who You Choose To Be" and contain much of the energy that Kamen maintained while writing the themes for Tom Hanks space epic mini-series, "From The Earth To The Moon."

The Iron Giant is an epic piece of animation, and some of the best non-Disney work seen in over a decade, an evolution from Don Bluth’s The Secret Of N.I.M.H.. Brad Bird, best known for work such as Family Dog from the Spielberg "Amazing Stories" series, directs the rather period-stylized film, capitalizing on many of the hopes and fears of the 1950s. If you like to see an adult story, whimsy, and a load of action and animation that doesn’t have the requisite musical revue number, The Iron Giant is the film for you. See it and send a message to Hollywood that you can make great and intelligent animated films and draw an audience to boot.