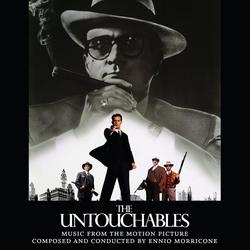 Track Key: * not used in film.

Disc One of this stellar set features the score as heard in the film. Disc two features the Grammy award winning album presentation as well a number of bonus tracks including the unused song performed by Randy Edelman that was based on the love theme from the film. What makes this release extra special is now the fans of the score can hear both versions of the Maestro's powerful score on CD—the film mix as well as the original album mix—and both have never sounded better.