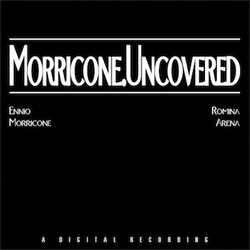 A rare performance of some of the greatest film music themes of all time, composed by Oscar winner Ennio Morricone and featuring international singing star Romina Arena.

It is very rare and quite exciting when two extraordinary and successful people come together with their amazing talents and combine them to create something unique that has never been explored before. Music from treasured movies, now for the first time presented with lyrics. A living legend, a Maestro and his inimitable music.

This album features 15 movie themes composed by film scoring legend Ennio Morricone, who has sold millions of records, that have been arranged and produced by award winning arrangers and producers Giovanni Lodigiani, Francesco Morettini and Luca Angelosanti with the extraordinary appearance of producer-songwriter Rick Allison.

World-renowned 'Queen of Popera' Romina Arena (with 4 million sold albums to her name) wrote original lyrics to these themes and performs the songs in her marvelous trademark voice. Accompanied by the Dohnányi Orchestra Budafok.