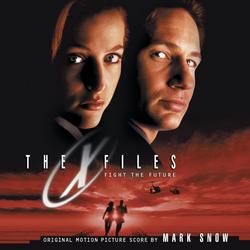 The X-Files: Fight the Future

Composer Snow launches the beloved television series, The X-Files onto the silver screen with an astounding score that retains the show's already established sonic palette of atmospheric synths, while opening up its musical universe with the addition of a live orchestra. This special limited edition release features much improved sound and contains some music not previously released. Also, the incorrectly reversed stereo channels on the original soundtrack release have been corrected here.

Produced by Mark Snow and Nick Redman, and mastered by Mike Matessino, this exciting release also contains exclusive liners by writer Julie Kirgo and an updated print interview with Snow conducted by film music writer Randall D. Larson. This is a limited edition of 3000 units.