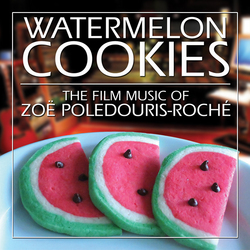 Dragon's Domain Records presents a compilation of film music composed by Zoe Poledouris-Roche, comprising Zoe's selections of her film work from 1982 through 2013, encompassing a variety of styles from orchestral to grunge rock, delicate synth melodies to modern pop.

IThe album includes both instrumental works and songs, including a new piano-and-vocalise arrangement of her very first co-composition from Conan the Barbarian. Music selections were personally chosen by the composer, remastered by James Nelson at Digital Outland. The booklet includes exclusive liner notes written by author Randall Larson, with the participation of the composer herself.