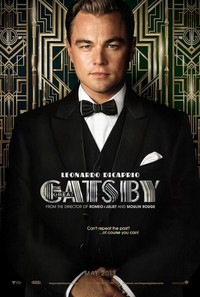 Set at the height of the Roaring Twenties, Baz Lurhmann's version of The Great Gatsby is slick, entertaining, dramatic at times, and accessible to modern audiences.

That last point is not necessarily a good thing. Some of the driving scenes play out like a Grand Theft Auto video game, much of the extravagant parties are set to hip-hop music from decades into the future, and the 3D adds little to the experience. Some will love it, some will not. But consuming an adult beverage just prior to viewing the film is recommended, regardless.

Moulin Rouge director Baz Luhrmann clearly sets his mark, and if you like his style you will likely enjoy Gatsby. Leonardo DiCaprio works well in the lead role as the mysterious Jay Gatsby, and the script keeps us intrigued as it slowly reveals new information about Gatsby—some of it is seemingly contradictory at times, which adds to the pleasure of having it all make sense in the end.

The other players are fine in their roles—nobody really stands out as fantastic—but Carey Mulligan as the love interest is the least compelling. She is too melancholy and her slouchy posture detracts from her sex appeal. (On the other hand, DiCaprio's love for Mulligan's character is convincing, which saves the flick from being a bore.)

Ultimately, the film works because it portrays the extent to which a man will go for love. That is something most of us can identify with. There are also two or three scenes that are well set up, dramatically written and you will be close to the edge of your seat anticipating what is going to happen next. (Note I didn't say "on" the edge of your seat, but "close" to it.) The costume design is fantastic and the best thing about the movie.

While the picture's theme, which is the tragic nature of pure love in an impure world, is ultimately a false dichotomy and not one I personally identify with, it is well and clearly portrayed none-the-less.

In the end, Gatsby is not all that great. But it is pretty good. If you are a big DiCaprio fan, love a spectacular party and a good plot, and like to get a little inebriated before a trip to the theater, then The Pretty Good Gatsby is worth a watch.