Hans Zimmer to Be Honored with Max Steiner Award 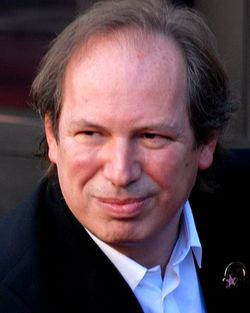 "Hans Zimmer had a close connection to Vienna for some time now", says Tomek. "With his company, he has been recording projects such as The Crown, Blue Planet II and Inferno at the fantastic Synchron Stage Vienna. For a city, so rich in music history as Vienna, it is only fitting to give this award, named after the great Max Steiner to the exceptional and multi-talented composer Zimmer".

The gala event will take place on Friday, October 19th at the Vienna Concert Hall (Konzerthaus). It will be broadcast via TV, internationally to over 35 countries. This year will mark the 10th Anniversary of the Max Steiner Film Music Achievement Award, bestowed each year by the City of Vienna to one of the world's most renowned film music composers. It is a symbol of recognition for exceptional achievements in the art of film music.

To celebrate the extraordinary talents of Hans Zimmer, some of his most iconic film compositions will be performed live and for the first time ever in a classic concert hall. Some of the pieces will be with new orchestral arrangements by the composer himself. Viennese people have an inherited love for music, some might say they are music connoisseur and at Hollywood in Vienna they surely will be enchanted with special treats of the composer's impressive career, performed and brought to life by the renowned ORF Radio Symphony Orchestra. Compositions of box office hits such as Da Vinci Code, Inception, Gladiator, Pirates of the Caribbean will be part of the program, as well as the romantic comedy The Holiday and the WWII movie Pearl Harbor, to name just a few. The titles are also part of the current "The World of Hans Zimmer" tour, where Sandra Tomek and her team were responsible for the artistic production and producers Hans Zimmer's company Remote Control and tour specialist Semmel Concerts.