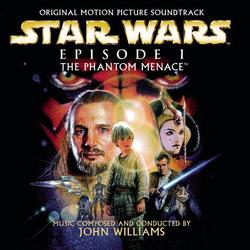 For the very first time ever on limited edition vinyl, I Am Shark, will be releasing the original soundtrack to Star Wars: Episode I - The Phantom Menace, scored by legendary composer John Williams. This will be part one of three, continuing on the latest trilogy soundtracks, as well as I Am Shark's new face as an independent label for Film/TV/Game soundtracks.

The release will be in 2xLP format, with limited color versions coordinating with characters through out the movies. 50 limited bundle packages will be available with all colors/pressed versions, one random winner will receive a test press version of the album (only 10 test press copies exist).