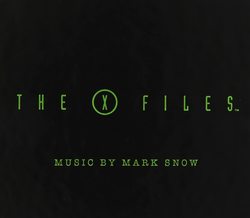 Just in time to mark the classic tv show's 20th Anniversary, La-La Land Records and 20th Century Fox are honored to announce the second Volume of music from The X-Files. There was so much incredible music to cull from the 202 episodes that we HAD to do another box set!

Produced by show composer Mark Snow and soundtrack producers Nick Redman and Mike Joffe, this epic 4 cd set features 5 hours of music to give the listener an even greater listening experience than what they found in Volume One! Housed in an attractive hard cardboard shell (like Volume One) this collection includes a 4 disc clamshell case and a 40 page booklet that takes the listener deeper into the musical world of Scully and Mulder. We hope some of your favorites made the cut!